Last Friday hundreds of thousands people marched for the most vulnerable among us, babies in womb. See time-lapse below:

“Love and sacrifice are closely linked, like the sun and the light. We cannot love without suffering and we cannot suffer without love.”

Today’s mainstream media not only keeps ignoring this powerful witness of love and hope, but actively works to undermine* it.   Seeing all the young people with such great passion, courage,  and energy bring you hope that Sanity is still alive!

* I’m referring to the media’s reckless reaction to the staged protest against young Catholic youth:

As it is now reported:

Saint Ginna Molla pray for us!

Since Roe vs. Wade there has been about 55,000,000 abortion in the United State alone, a generation lost.

Love and life drained
in the agony of despair

a false choice that wants to rip
humanity from your heart

to offer it as a sacrifice
to appease the gods

that we have built for ourselves.

That is not you! Your heart knows best
because you were made for more

yet you feel that you have no choice

but why such haplessness
before the dawn?

Don’t you know that light shine
its brightest in the depth of night?

According to the CDC there ” a total of 730,322 abortions were  reported to CDC for 2011” in the US alone.  Thats about 2,000 babies aborted every day.  That is about 7X the number of death per day that American troops suffered during during WWII. Yet our society goes about daily life convinced that abortion is a right and not the death of a human being, oblivious of the fact that without the right to life there can’t be any other right. 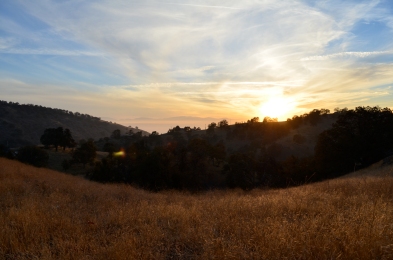 The coup of relativism in the abortion holocaust is that it convinced societies that abortion does not end a human life but stop it from being. It created a false distinction between biological potentiality and actualization of that potential. The argument often goes like this:

Something is not truly alive until x or y or personhood is not achieved until z or w.

The biological fact that a unique human being is created at the moment of conception is irrelevant because biological potentiality does not equate with personhood only the fulfillment of some arbitrary or subjective developmental landmark. In other words life that is afforded rights only begins after some subjective conditions have been fulfilled. One extreme example, is clearly articulated by Joyce Arthur in an article titled the Fetus Focus Fallacy:

“We all have our own opinions about what the moral status of the fetus might be. Some people believe a fertilized egg is a full human being with an absolute right to life that supersedes any right of the woman. Others believe that a fetus attains moral value only after it becomes viable, or upon birth. But that’s all these beliefs are – opinions. There’s no way to decide between them, because they’re entirely subjective and emotional. Therefore, the only opinion that counts is that of the pregnant woman. The status of her fetus and any moral value accorded to it is entirely her call. A fetus becomes a human being when the woman carrying it decides it does.”

The beginning of life, according to Joyce Arthur, is a matter of opinion, an arbitrary delineation that can only be bestowed by an “act of the will” of the biological mother. This absurdity states that being human is not an intrinsic property of humanity, but rather an acquired trait that is only bestowed by an intellectual accent of another human being: “A fetus becomes a human being when the woman carrying it decides it does”. This is perfectly consistent with relativism. In that it presupposes that A) objective truth cannot be known and therefore B) truth is only relative to the opinion of the individual. In the case of abortion the only opinion that matters is that of the mother. The explicit outcome of such argumentation is the denigration of the dignity of human life to a subjective opinion. The consequence is about 730,000 abortions in the US alone in 2011, according to the CDC. That is almost a million lives quenched before they were born.

The problem with such a framework is that it removes the intrinsic value of human life by imposing conditions on it. It ignores the biological fact that at the moment of conception a unique and different human being is created. That its value is not dependent on achieving some developmental stage, but that is intrinsic to its creation. In the words of Dr. Zeus: “A person, is a person no matter how small.”

This post was a continuation of Relativism and Natural Law.

For a detail and frankly better explication of the issue of Abortion read Trent Horn book, from which I draw guidance in writing this post:

Persuasive Pro Life: How to Talk about Our Culture’s Toughest Issue 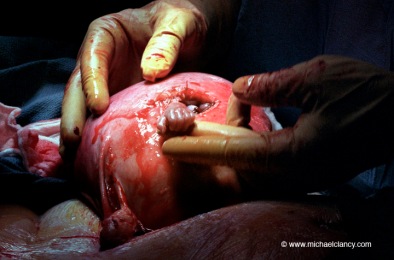 “Before I formed you in the womb, I knew you”.

A picture is worth a thousand word. About the picture: http://michaelclancy.com

Persuasive Pro Life: How to Talk about Our Culture’s Toughest Issue
Trent Horn

All because their life was ended before they were born.

“Jesus, Mary and Joseph, I love you
very much. I beg you to spare the life of
unborn baby that I have spiritually
adopted who is in danger of abortion”.

“Before I formed you in the womb, I knew you”.