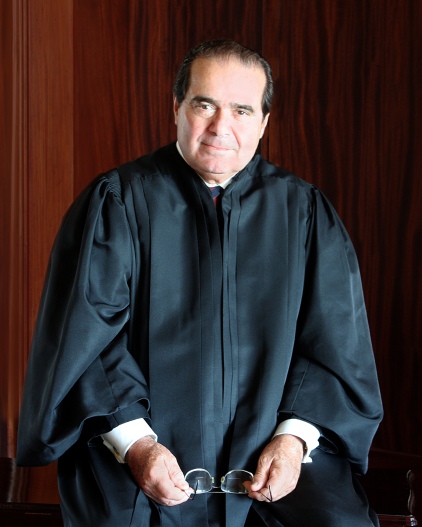 We have lost not only a great mind, but also a great man. One who stood tall in the defense of the Constitution against the attacks of those who view it as a mere instrument of judicial activism. The view of a living and breathing constitution subjugates the principle articulated by the framers of the Constitution to the predilections of whoever is adjudicating its interpretation. 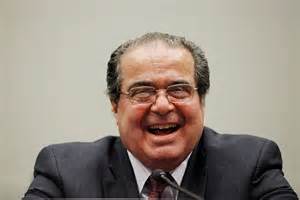 His brilliant and witty opinions, whether writing the majority opinion or the dissenting opinion, will be studied for many generations of constitutional scholars. Perhaps the most striking fact about Justice Scalia is his ability to balance a staunch defense of the Constitution and reach across the ideological spectrum.

The United State has lost not only a great man, but also a great patriot.

May the Lord  shine his face upon him!

Some of my favorite quotes from Justice Antonin Scalia:

On interpreting the Constitution:

What is a moderate interpretation of the text? Halfway between what it really means and what you’d like it to mean?

Why in the world would you have it interpreted by nine lawyers?

“Persuade your fellow citizens it’s a good idea and pass a law. That’s what democracy is all about. It’s not about nine superannuated judges who have been there too long, imposing these demands on society”.

“If you’re going to be a good and faithful judge, you have to resign yourself to the fact that you’re not always going to like the conclusions you reach. If you like them all the time, you’re probably doing something wrong.”

On faith in Christ:

God assumed from the beginning that the wise of the world would view Christians as fools…and He has not been disappointed….If I have brought any message today, it is this: Have the courage to have your wisdom regarded as stupidity. Be fools for Christ. And have the courage to suffer the contempt of the sophisticated world.

“Well, we didn’t set out to have nine children. We’re just old-fashioned Catholics, you know.”

On following and forming your conscience:

On abortion and the Constitution:

“You think there ought to be a right to abortion? No problem. The Constitution says nothing about it. Create it the way most rights are created in a democratic society. Pass a law. And that law, unlike a Constitutional right to abortion created by a court can compromise.”

“As I have observed before, the Constitution does not forbid the government to enforce traditional moral and sexual norms. … It is enough to say that the Constitution neither requires nor forbids our society to approve of same-sex marriage, much as it neither requires nor forbids us to approve of no-fault divorce, polygamy, or the consumption of alcohol.”

“I attack ideas. I don’t attack people. And some very good people have some very bad ideas. And if you can’t separate the two, you gotta get another day job.”

“A man who has made no enemies is probably not a very good man.”

On breaking the law:

“I have exceeded the speed limit on — on occasion.” 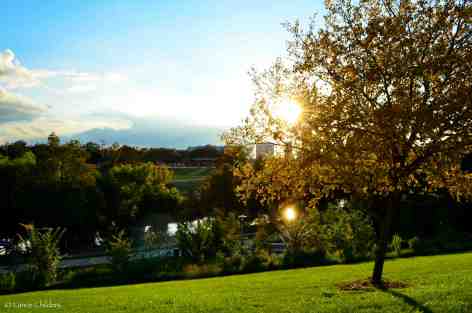 In the mist of the sexual revolution Pope Paul VI issued an encyclical letter titled Humanae Vitae to address moral issues facing the church about marriage, sexuality and moral law. It was a beacon of light and clarity in a much confused and troubled time. It was also a prophetic text that has been maligned and ridiculed by those who opposed its content.

Humane Vitae directly addresses the issue contraception among      married couples. It states that contraceptive acts are against natural and divine law and reaffirms the institutional foundation of marriage as the union between a husband and a wife for their own benefit and the rearing of new life:

“Marriage, then, is far from being the effect of chance or the result of the blind evolution of natural forces. It is in reality the wise and provident institution of God the Creator, whose purpose was to effect in man His loving design. As a consequence, husband and wife, through that mutual gift of themselves, which is specific and exclusive to them alone, develop that union of two persons in which they perfect one another, cooperating with God in the generation and rearing of new lives”.

Contraception frustrates the total act of unconditional self-giving between a husband and a wife by divorcing the conjugal act from procreation. This ultimately reduces the conjugal act to a mere instrument of self-gratification between couples thereby eroding the unitive foundation of marriage. This erosion has directly led to devaluation of marriage to a commodity. This is clearly reflected by the normalization of sex outside marriage, the advent of no fault divorce laws, and the advocacy to redefine marriage as the legal union of two consenting adults irrespective of their sexes.

The advent of “same sex marriage” partly grew out of a vacuum left by the erosion of marriage as an institution and the rise of relativism. The re-definition of marriage as a “bond of love” rather than total self-giving union between a husband and a wife for the upbringing of children depreciates its value and relevance. If marriage is just a union between people who love each other then why not polygamous marriage or marriage between siblings? After all love is love! 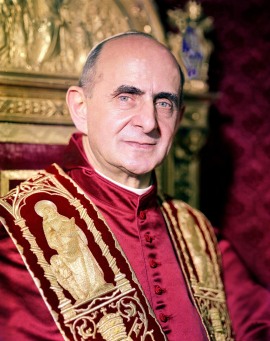 Pope Paul VI warned the world about the adverse consequences of contraception on moral values, life, womanhood and marriage. No other document of its time has so accurately predicted today’s culture but at the time such warnings were met with outright mockery. Many contemporary evangelicals and some Catholics argued that the used of contraception was intended for married couples to “judicially” space their children, nothing more and the idea of handling contraception to six graders was viewed as delusional and reactionary. Today calling “same sex marriage” as the dissolution of marriage as an institution is met with mockery or outright moral indignation but history will look back as the pinnacle of the sexual revolution and the abolishment of a social construct design to reinforce a patriarchal hierarchy.

As the words of Humanae Vitae become true today it is time to remind the world what marriage really is: a total self-giving of a husband and a wife with an unconditional openness to life for the greater good of the fruit of that union, mainly children.

ENCYCLICAL LETTER  HUMANAE VITAE  OF THE SUPREME PONTIFF  PAUL VI  TO HIS VENERABLE BROTHERS  THE PATRIARCHS, ARCHBISHOPS, BISHOPS  AND OTHER LOCAL ORDINARIES  IN PEACE AND COMMUNION WITH THE APOSTOLIC SEE,  TO THE CLERGY AND FAITHFUL OF THE WHOLE CATHOLIC WORLD, AND TO ALL MEN OF GOOD WILL, ON THE REGULATION OF BIRTH

The transmission of human life is a most serious role in which married people collaborate freely and responsibly with God the Creator. It has always been a source of great joy to them, even though it sometimes entails many difficulties and hardships.

The fulfillment of this duty has always posed problems to the conscience of married people, but the recent course of human society and the concomitant changes have provoked new questions. The Church cannot ignore these questions, for they concern matters intimately connected with the life and happiness of human beings.